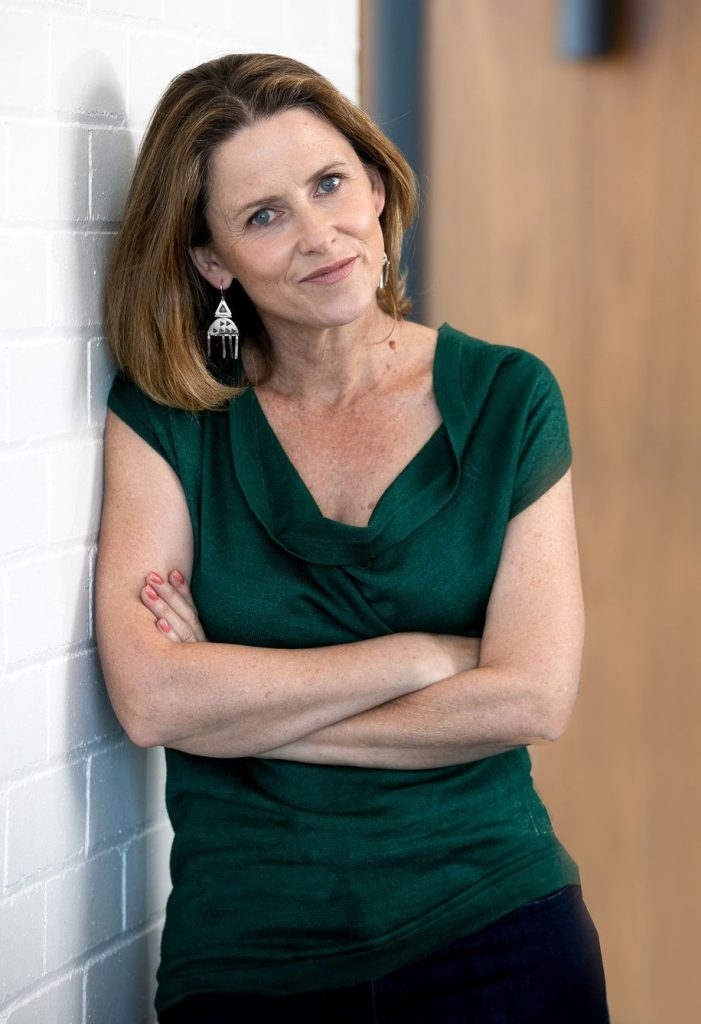 Sarah Clutton grew up in a large, raucous family that seemed to attract an endless stream of visitors from all over the world (including, once, the Pakistani cricket team). She was forced to learn the art of carefully plotted conversation early, when she discovered that considered argument and a witty turn of phrase were the only way to get attention around the dinner table.  She thought these skills might offer a career path, so she studied psychology and law and soon found herself in a courtroom working as a judge’s associate, where she could finally use her dramatic talents to arraign the accused in criminal trials. She then had a brief, and not especially brilliant career as a commercial and litigation lawyer. Working in the law, Sarah discovered that the world could be a dark and difficult place, filled with loss and violence, betrayal and confusion. But beneath it all, there were often themes of redemption, divided loyalties and love. What really interested her was always the story behind the story.

After a stint working in the charity sector, Sarah undertook a Masters of Arts in Writing (which she never quite finished) then completed a six-month novel-writing course (amongst others) at the Australian Writers’ Centre, and began working as a freelance writer. In her forties, she realised that her opportunity for a mid-life crisis with appropriate lunacy levels was passing quickly, so she wrote a novel. In 2018, Sarah’s work earned her the Dymocks/Fiona McIntosh Commercial Fiction Scholarship, a national award run by one of Australia’s most successful commercial fiction authors and sponsored by a large Australian book chain.

Sarah’s books mix domestic drama and suspense with a twist of dark humour and fully realised characters.  She can usually be found at her desk pretending to write, but actually just staring out the window at her six acres of neglected paddocks and gardens wondering if a tall, dark and brooding stranger with a background in horticulture or a passion for lawn-mowing might magically turn up to sort it all out, or at least inspire a new character in her next book.

Sarah lives with her family in the beautiful Southern Highlands of New South Wales, between Sydney and Canberra, in the small tourist town of Bowral. It is famous for the International Cricketing Hall of Fame, being a Book Town and having a wine trail. Two of those three make her very happy.